The serene setting will have uniform-sized memorial plaques on the Memory Wall and, if desired, have ashes buried in the common ground garden. 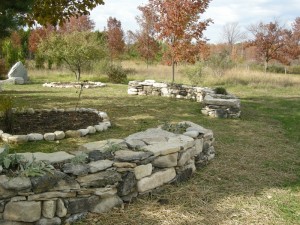 A meadow that contains the dust
which remains at the end of a life;
a space shared with others—
a very small space.

washed away by summer rains
along with the happiness acquired
during an existence
ended prematurely, always too soon.

Most of the former life
evaporates in the heat of a fire
eventually to be dispersed
into a universe.

reappearing in spring
as a peaceful
quiet place
of remembrance