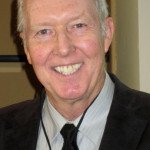 JOAN OF ARC: IS SHE A SAINT?

Joan of Arc is one of the most important figures in all of French history. She defeated the British in the Hundred Years’ War. She was admired for centuries as an inspirational heroine. She was canonized as a saint by the Catholic Church in 1920. But in the late nineteenth and early twentieth centuries Joan became associated with radical right-wing politics. This morning we’ll examine together this curious alliance of Catholicism and fascism.

Peter Conroy is Professor Emeritus at the University of Illinois-Chicago where he taught French language and literature for 34 years and served two terms as department chairman. He has written four books of literary criticism, translated another about French history, published over forty articles in professional journals, and presented many papers at scholarly conferences in the US and Europe. He is a Friend of UUFDC and resides with his wife, Beverly Ann, in Fish Creek during the summer. Since his retirement he has taken up golf as well as writing essays and short stories.