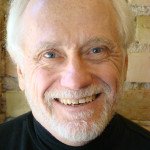 On Wednesday, January 14 at 7 pm, UUFDC member David Clowers will be the featured reader for the monthly Dickinson Poetry Series.

After receiving his BA in English and History from Kalamazoo College, and an MA in English from the University of Michigan, David taught British and American literature at Drake University for three years. Switching fields, he got his law degree from the University of Chicago, and then proceeded to take a thirty-year detour from literature into the practice of law. During this time, he occasionally tried to write, but soon discovered he had no talent for short fiction, novels took too long to finish, and–given his short attention span–all he could write was poetry.

After moving to Door County in 2001—where he lived in a self-built, Thoreau-like cabin on thirty acres of woods, three times longer than Thoreau did and Thoreau could walk over to Emerson’s for dinner, David likes to point out—he also began to write poetry again, at one time completing his goal of writing a poem a day. This daily discipline, however, taught him much about what works and what doesn’t in a poem, and this experience has allowed him to teach the craft of poetry for Door County’s Learning in Retirement program for the past six years. The guiding principle for his classes is we are all students and teachers to each other.

For David, poetry means sharing the poet’s experience, not just his or her feelings about that experience. In his view, a good poet pays attention to what is going on in the world around himself or herself, and then finds a metaphor that will allow him or her to perceive the relationships between an inner state and what is being observed outside.

David is a member of the Unabridged poetry group, and his poems have received honorable mentions and awards in the Peninsula Pulse’s poetry contest, and in the Wisconsin Fellowship of Poets Triad contest. His poems have been featured on the web pages, Your Daily Poem and Ralph Murre’s Re-Verse, and in the Peninsula Pulse, Fox Cry, Verse Wisconsin, Knock and in the Wisconsin Fellowship of Poets calendars. His chapbook, “Shedding My Three Piece Birthday Suit,” came out in 2011, and his second, “Doggysattva Love and Other Possible Illusions,” will come out in January, 2015.