Jeff Pearcy and Randy Ballweg will exhibit their photographs of the stunning Cuban countryside, street scenes from its urban environments, and portraits of its vibrant people at the UU Gallery throughout October.

Jeff Pearcy learned his craft as a photojournalist with the Oshkosh Daily Northwestern and from that later became serious about documentary photography. He has worked on assignment for the Unitarian Universalist Service Committee documenting crises in the Philippines, Detroit, and Texas. He is also a member of the photo collaborative “For Good,” Photography, Inc. Telling the nonprofit story in photographs. forgoodphotography.com The collective’s most recent work is Our TRANS Family, on transgender people and their families. A new project is scheduled in Sierra Leone. 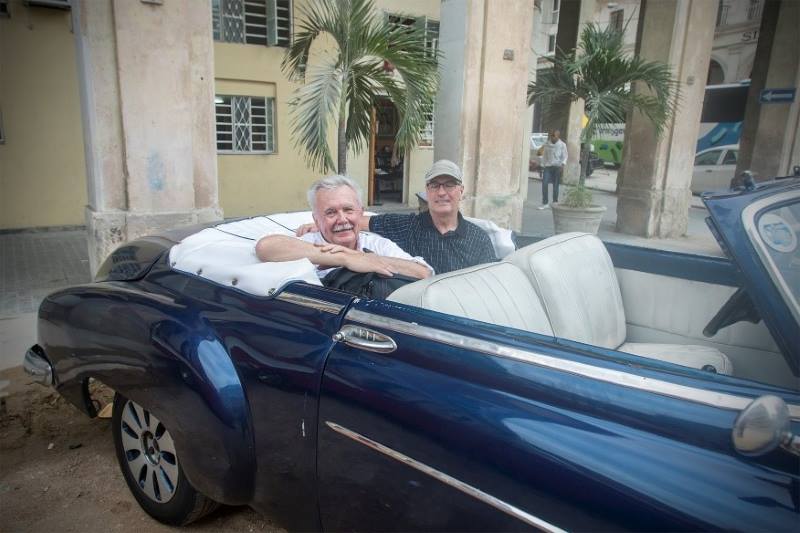 Randy Ballweg’s love for photography started in college, when he combined an interest in biology with recreational hiking/camping/backpacking. He took classes and became a lifelong student of this medium. He was influenced by Ansel Adams, Eliot Porter, Dorothea Lange and by photos in National Geographic and Audubon magazines. He strives to capture the moments that evoke emotion in his heart. He says he “wanted to go to Cuba before it changed,” but he was changed by going there!

The show reflects the often heard phrase “Well, That’s Cuba.” Things seldom go as planned. Time has little relevance. Everything breaks. The artists did not formally frame the show. After the photographs were mounted in the mats, they separated. “In keeping with the subject matter, we clipped them together. It just seemed to fit.”

The photographers will talk about the exhibit on Friday, October 6 from 4:30-6:30 pm.

Write-On Door County will hold an Art Speaks: Free Writing Lab on the gallery exhibit Thursday, October 12 at 1:30 pm at the Fellowship. The writing lab provides a peaceful writing space for expression and reflection on the artwork. These labs are hosted in conjunction with our Fellowship’s Lifespan Education Committee.