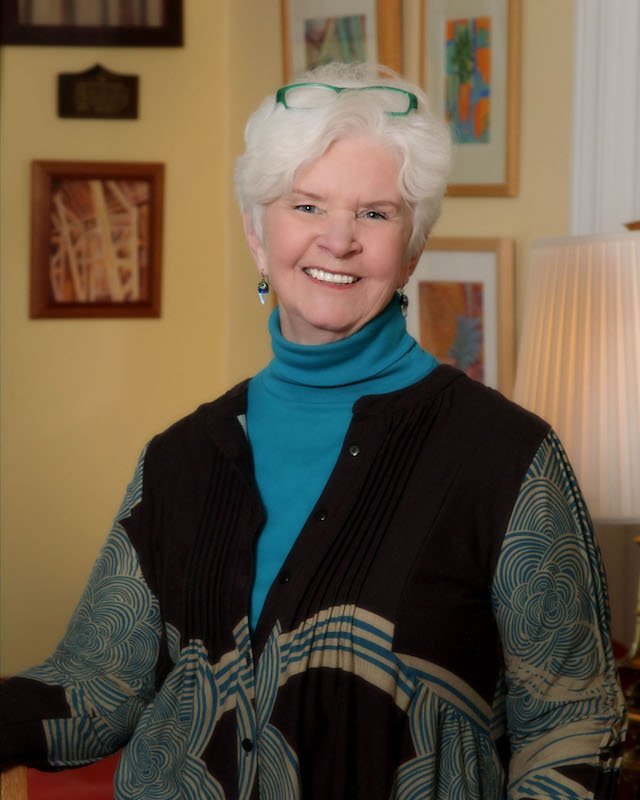 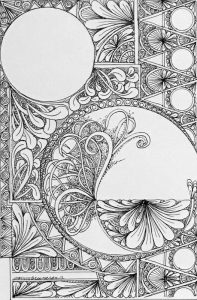 Julia Bresnahan: A Life in Art will open as a retrospective show of her work at the Gallery of the Unitarian Universalist Fellowship of Door County in Ephraim, October 7 through November 25. An opening reception will be held 11 am Sunday, October 7. You can visit the Art Opening Reception Facebook Event Page here.

Well known in Door County, multimedia artist Julia Bresnahan grew up learning about and surrounded by art. Art was her North Star as she navigated a childhood filled with moves to different cities, finally finding a professional home in Whitefish Bay Wisconsin, where she was an art educator for many decades at all educational levels. She found her métier as a mentor to young artists and rebels in the high school. She drew out of them art portfolios that gained them entry to the best art schools in the country. Julia stayed in touch with hundreds of her students. After her retirement to Door County, she focused her talents on her own art for several decades, and was at her most productive as an artist.

After graduating from Cardinal Stritch College in Fox Point with a BA in Art Education, she later gained a Master’s degree. As a child, Julia went across the city of Milwaukee every Saturday to the old St. Mary’s Academy in the Bay View neighborhood, to study with the internationally known Franciscan Sister Thomasita Fessler, who shaped her aesthetic at an early age. Sister Thomasita later became chair of the art department at Cardinal Stritch. 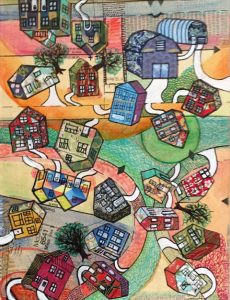 Julia was a second-generation lover of Door County, where her mother had worked during her college years as a waitress in the 1940’s. Julia returned as a part-time resident in the 60’s, one of the young artists drawn by the vision of Madeline Tourtelot, charismatic founder of the Peninsula Art School. With other young artists following a dream and a small Madeline grant, Julia became part of the foundational group artists in the county. When art was not being made, they relaxed by hanging drywall and munching beer cake in Anne Haberland’s nascent Edgewood Orchard gallery, when it was a glimmer of an idea in an old apple barn.

Julia was an exhibitor there from the first, as well as at other Door County galleries. She was known as a painter, printmaker and pen and ink artist who created in acrylic, oil, inks, gouache, and mixed media.   The Peninsula Art School benefited from her energy and leadership in its early days and later as a board member. She served for many years as a board member and docent at the Hardy Gallery in Ephraim.   She taught art classes at the Peninsula Art School, and frequently at The Clearing in Ellison Bay. She has been an exhibitor in countless shows in Door County.

Julia lived in those early years in a Fish Creek cabin with no utilities, later on a Shady Lane Farm and then a home in Baileys Harbor. In Door County, she will always be remembered as the creator and hostess of the Black and White party, beginning in 1988. Her Memorial on July 29, 2018 was held at her old Shady Lane farm barn, with all in attendance wearing black and white to honor her at the last Black and White party.