Jazz returns to the Fellowship with an Emerson concert on Saturday, June 20 at 4 pm. Chicago-based saxophonist Chris Madsen will perform accompanied by fellow Chicagoans, bassist Joe Policastro and pianist Chris White.  The group’s repertoire consists of a broad range of jazz and standards, but this particular outfit has also made “new standards,” contemporary popular music of the past 30 years, a focal point of their music as well.  The concert will look to the past, present, and future of popular music, all the while retaining a sincere jazz sensibility. 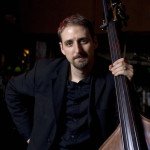 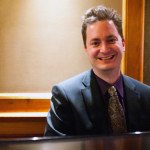 In May of 2013, bassist Joe Policastro came to the UUFDC for a performance dedicated to the memory of Robert Clarke, founder and minister at UUFDC who had passed away earlier that year.  Clarke was Joe’s grandfather-in-law, and the concert was sponsored by friends and family and featured a collection of top-notch, veteran jazz musicians from Chicago, the city where the bassist makes his home.  It was a memorable performance for the musicians and audience alike, and Joe was looking forward to another opportunity to bring music to the UUFDC.  A newly formed trio by saxophonist Chris Madsen has made that dream a reality as the trio is currently performing a number of concerts throughout the Midwest including this concert, one of two stops in Door County.

Collectively and independently, the members of the trio have performed and arranged music for the likes of Wynton Marsalis, Bobby Short, Phil Woods, Diane Schuur, Howard Alden, Jeff Hamilton, and many other jazz luminaries. Veterans of Chicago’s music scene, they have also performed extensively throughout North America and Europe at festivals and clubs alike.

Don’t miss this rare opportunity to see the trio in such an up-close, intimate concert setting. A light reception will follow the concert so that attendees can meet the musicians. Tickets are just $10.