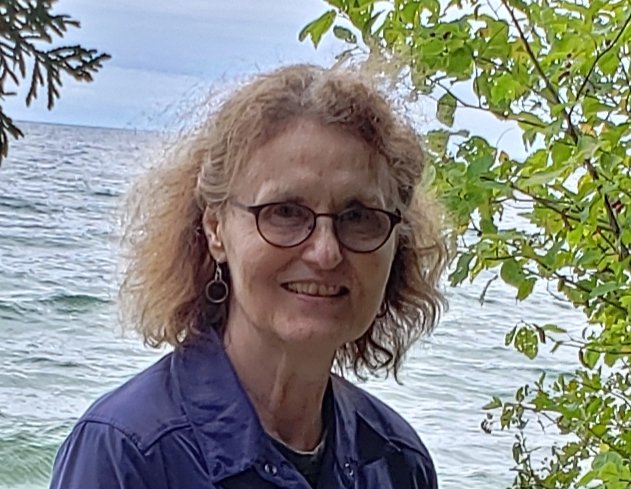 Laufer, will highlight the origins her writings, which are influenced by locations stretching from a wayside in Door County, to the Apostle Islands, to a view from Fort Mackinac.  The selection also reflects a return to her love of poetry after a hiatus.  Laufer was featured in the “Peninsula Poetry” column in early April.

She began writing poetry as an undergraduate at UW-Stevens Point, but subsequently embarked on playwriting and theatre work in the Washington, D.C., area for many years.  She received an honorable mention in the 2017 Wisconsin People & Ideas poetry contest and other recent poems have appeared in regional publications and exhibits.

About Dickinson Poetry Series: On the second Wednesday of every month the Dickinson Poetry Series features a renowned local or regional poet followed by an open mic, providing an opportunity for others to read their poetry. A reception follows affording an opportunity to meet the poets. The Series is named for Emily Dickinson, a prolific poet and philosophically in tune with Unitarian beliefs. The public is welcome and there is no charge.