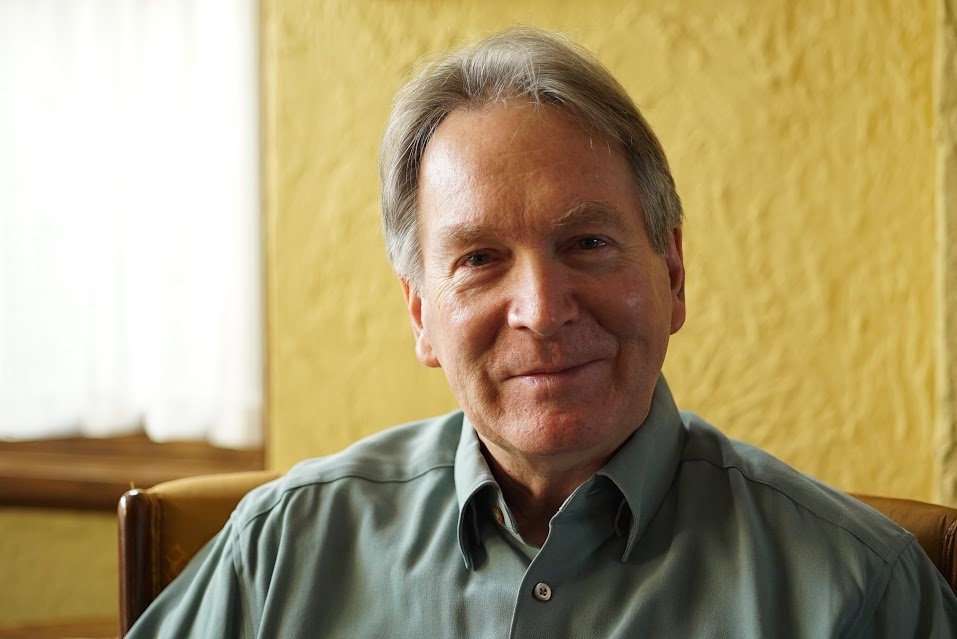 STEPHEN ANDERSON will take the Dickinson Poetry Series stage at the Unitarian Universalist Fellowship on Wednesday, October 12th at 7 pm.

He was the recipient of the First Place Award in the Wisconsin Fellowship Of Poets 2005 Triad Contest, and he received an Honorable Mention in the WFOP’s 2016 Chapbook Contest.

Many of his poems have been featured on the Milwaukee NPR affiliate WUWM Lake Effect Program. Anderson is the author of three chapbooks, as well as three full length collections, In the Garden of Angels and Demons (2017) and The Dream Angel Plays The Cello (2019,) and High Wire (2021.) In the summer of 2013, six of his poems formed the text for a chamber music song cycle entitled The Privileged Secrets of the Arch performed by some musicians from the Milwaukee Symphony Orchestra and an opera singer. Anderson’s work is being archived in the Stephen Anderson Collection in the Special Collections Section of the Raynor Libraries at Marquette University.

About Dickinson Poetry Series: On the second Wednesday of every month the Dickinson Poetry Series features a renowned local or regional poet followed by an open mic, providing an opportunity for others to read their poetry. A reception follows affording an opportunity to meet the poets. The Series is named for Emily Dickinson, a prolific poet and philosophically in tune with Unitarian beliefs. The public is welcome and there is no charge.