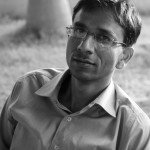 On Thursday, April 28, from 1 to 4 pm Lifespan Education will offer a short course on Islam in the 21st century. This program will be led by Jitendra Suman who taught a class this winter at the Clearing on Identity in Islam, Hinduism, Buddhism and Islam. All are welcome.

This contemporary discourse about Islam, the world’s second largest religion, will include multiple facets such as the historical background of Islamic theology and its expansion beyond its area of origin which inevitably brought about new dialogue and confrontation with the world’s other cultures and religions. Also discussed will be a look at how globalization has affected this process, assuming new connotations, bringing both challenges and opportunity to the world community.

Jitendra Kumar Suman was born and raised in the heart of central India; Bhopal, Madhya Pradesh.  Jitendra received his PhD in History specializing in Ancient Indian Religion and is actively involved in both writing and academic research. He is managing editor of JORHSA, the online Journal of Religious History South Asia and is currently working with the Sister Bay Historical Society as assistant curator, digitally documenting their historical collection. Jitendra lives with his wife Abbey Box, in Ellison Bay where they co-founded Sutra, a fine art gallery specializing in Indian contemporary and tribal art.