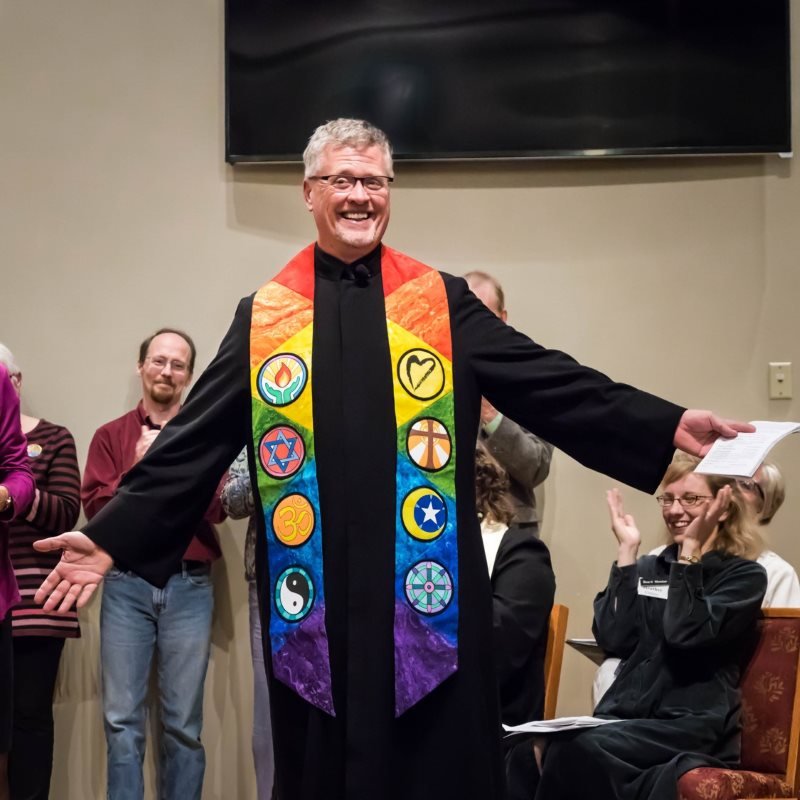 This is the 450th anniversary of the Edict of Torda, the first instance of a government granting religious tolerance in Europe. It was proclaimed by the only Unitarian king that ever existed and is a fascinating and proud part of our heritage.

Rev. Jim Coakley’s UU roots are grounded in the remarkable story of the Fox Valley Unitarian Universalist Fellowship in Appleton, Wisconsin. When his family joined the congregation over 20 years ago, its membership of just fewer than 200 grew to 700 members, creating a reputation in the community for radical inclusiveness and for being a voice for justice. As this congregation grew, so did Jim; initially as a lay leader and then a lay minister. Jim graduated from Meadville Lombard Theological School in 2015 and was ordained by his beloved congregation in 2016. Jim is currently serving as a Consulting Minister at the Stevens Point and Fond du Lac UU congregations.

Register for Event: Sunday Services — Our Role in Religious Freedom