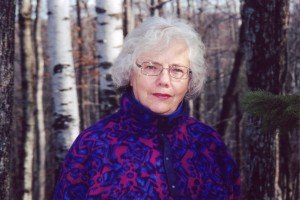 The Unitarian Universalist Association voted last summer to support the work of “Black Lives Matter,” in part because of the movement’s commitment to principles of justice, equality and empathy. It was formed in 2012 by three women to establish the principles and practices to stop the scourge against black men in the US. In honor of International Women’s Day (March 6th), Estella will draw attention to the many roles black women have played in our history to ameliorate the tragic fate of black men. Bad as their own condition has been at the bottom of our economic ladder, their experience of continuing, predictable loss of their fathers, lovers and sons has been worse. If ever a script needed to be re-written, this is it.

Estella Lauter taught several courses in African American literature from 1980-1994 at UWGB where she was Professor of Humanistic Studies. She retired to Door County in 2003.