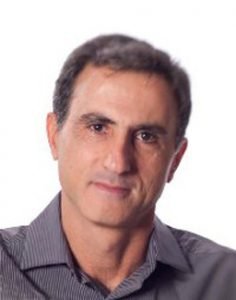 Americans of all generations are familiar, whether they know it or not, with Cuba and its history. Words such as “Che” Guevara, embargo, Fidel, Elián González, Mariel, resonate with the American history of the last half century. These terms are also intimately related to Cuba and its peoples. I invite you to join me at this special moment in Cuban, and American, history, to discuss the reality of a country immersed in momentous change. In my presentation and in the conversation I will share my experiences in Cuba, where I traveled with a Lawrence University alumni group in March 2016, and where I will be returning this coming March.

Gustavo Fares, a native of Argentina, is Professor of Spanish and Latin American Studies at Lawrence University. He received a J.D. Law Degree from the Universidad de Buenos Aires, in Argentina; a Master in Foreign Languages and Literature from West Virginia University; and a Ph. D. in Latin American Literature with emphasis in Cultural Studies from the University of Pittsburgh. He is the author of five books, among them The Immense Minority: Latin@s in the United States and their Positional Identities (2014), Imagining Comala. The Space in Juan Rulfo’s Works (1991), and Contemporary Argentinean Women Writers. A Critical Anthology (1998, with E. Hermann). Fares has published numerous articles and book reviews, and regularly does presentations at professional conferences. In 2004 he was a Fulbright Visiting Professor at the University in Argentina, and is currently a Fulbright Specialist in Multiculturalism (2015-2020).