Nine years ago we had no public discourse  and little public awareness of climate change.  This August the sixth report of the Intergovernmental Panel on Climate Change, usually referred to as the IPPC report, was published.  In terms not normally used in scientific reporting – “It is unequivocal and established fact that human activities are causing the earth to warm…climate change’s impact on the planet is unprecedented.” 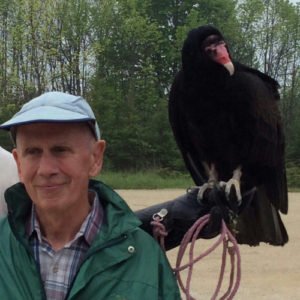 In Nov. of 2012 I discussed climate change on two consecutive Sundays and shortly thereafter the Climate Change Coalition of Door County was created.  I have not discussed climate change at UU since then.  Today I will.  Over the past nine years my concern has…(continued from previous page) …increased about what I don’t hear being discussed.  I hope you will find my remarks informative.  I wouldn’t be disappointed if you might be challenged.

Dick Smythe is an entomologist retired from the research division of the US Forest  Service. Throughout his life he has maintained two dominant interests: first, his fascination with the natural world – our non-human environment and endless source of wonder; second, his abiding interest in religion/theology – a subject of continuing education and challenge.