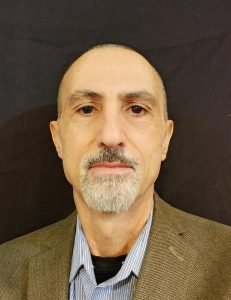 Through a series of thought experiments and real-life examples, the presentation will examine the notion of race and ethnicity as applied to Latin@s in the United Sates. We will review the historical formation of said group, its relations to Latin America, and present examples of its cultural and political expressions.

Gustavo Fares, a native of Argentina, is Professor of Spanish and Latin American Studies at Lawrence University. He received a J.D. Law Degree from the Universidad de Buenos Aires, in Argentina; a Master in Foreign Languages and Literature from West Virginia University; and a Ph. D. in Latin American Literature with emphasis in Cultural Studies from the University of Pittsburgh. He is the author of five books, among them Imagining Comala. The Space in Juan Rulfo’s Works (1991), Contemporary Argentinean Women Writers. A Critical Anthology (1998, with E. Hermann), and The Immense Minority: Latin@s in the United States and their Positional Identities (2014). Fares has published numerous articles and book reviews, and regularly presents his research at professional conferences. Fares’ topics of research include Latin American cultural studies, legal studies, visual arts, and border studies. In 2004 he was a Fulbright Visiting Professor at the Universidad Nacional de Cuyo, in Mendoza, Argentina, where he taught a graduate seminar on Border and Latin@ Studies, and is currently a Fulbright Specialist in Multiculturalism (2015-2020).