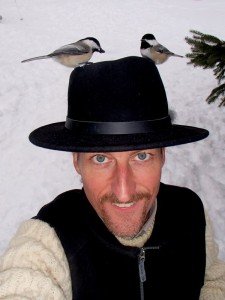 The Anishinaabe People are one of the largest cultural groups in North America. Hundreds of years ago, they experienced a series of prophets who foretold the future in phases, or epochs, also known as ‘Fires’. The Fires of the prophecy represent key spiritual teachings for North America, and suggest that the different races and traditions of human beings can come together on a basis of respect.

Bob Bultman is a consulting naturalist and agent of ecological restoration. He dreams of rewilding the diminished landscapes of the Great Lakes region. He specializes in helping landowners restore and steward the bountiful plant and animal diversity of our verdant Peninsula.