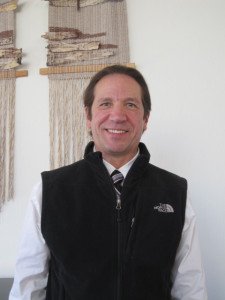 Although we require assumptions to conduct our lives, we run into problems when we base our actions on assumptions that appear true but turn out to be faulty.  Starting with an anecdote about a dog that seemingly defied the laws of physics, Doc will describe the value of an open-minded nonjudgmental stance that holds lightly even our most deeply-held beliefs about ourselves and reality.

Fred (aka “Doc”) Heide is best known locally as co-founder, performer and playwright with American Folklore Theatre (AFT), where he co-authored Belgians in Heaven and Packer Fans from Outer Space (both with Lee Becker and James Kaplan). Doc is also associate professor at the California School of Professional Psychology at Alliant International University, where he has taught for 30 years.  An associate editor of PsycCRITIQUES (formerly The APA Review of Books), he teaches at the Medical College of Wisconsin and has published professionally on such topics as charisma, meditation, and the effects of musical theatre on attitudes. This year he was commencement speaker at his undergraduate alma mater, the University of Wisconsin-Green Bay.