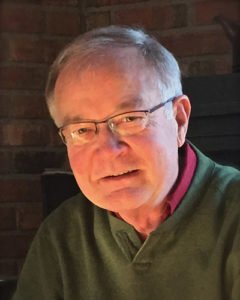 While the Feast of St. Valentine has been celebrated since 496, it wasn’t until Chaucer wrote a poem in 1382 that the celebration became associated with romance and even at that only became more widely recognized in this country in the 19th century.  Is it possible that as Unitarian Universalists, we are uniquely suited to reflect on those earliest years to find inspiration for a richer, more inclusive and purposeful celebration today?

Bob Lindahl has been a member of our Fellowship since 2008 and is currently Past President.  Beyond UUFDC, his other passion in Door County is Scandia Village, where he serves on the Capital Campaign Committee and volunteers in several other capacities.  He co-represents UUFDC in the Northern Door Ministerial Association.  In his past life, he was a long term Middle School Principal in St Charles, IL.  Bob also enjoys keeping track of his four children, their spouses and 10 grandchildren who live in Illinois, Washington, Maryland and Indonesia.